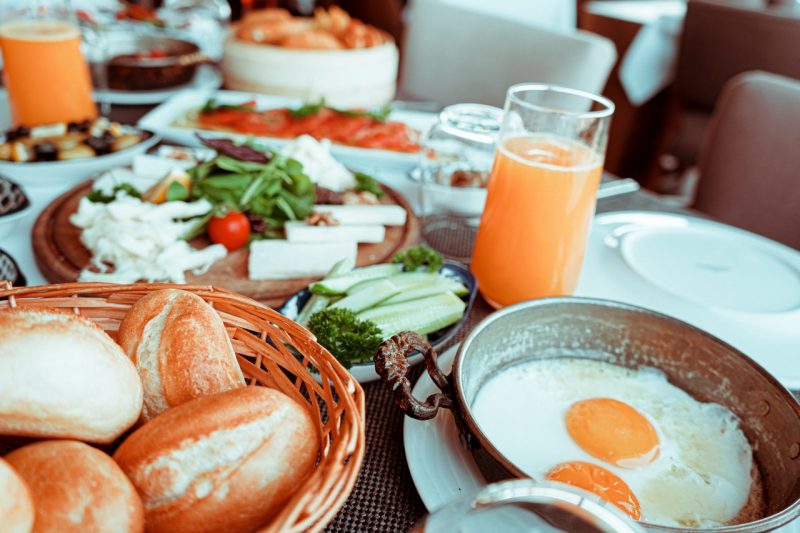 Here’s a round-up of the places I’ve visited so far, and I’ll keep this post updated as and when I try new ones out. It’s a tough job, but someone has to do it…

My first experience of bottomless brunch came at Gas Street Social, which is located in the Mailbox. I liked it so much that I’ve since been back a second time, and had great experiences on both visits. The staff are super attentive and are regularly coming around, topping you up with your choice of either Bellini or mimosa.

Price: The bottomless drinks cost an additional £18 on top of whatever food choice you order

Food options: anything on the menu, so you can stick to a classic brunch dish such as Eggs Benedict, or go for something more substantial like a burger, steak or fish and chips (which I would highly recommend doing, unless you want to end up like my friend and I after we visited for the first time – i.e. incredibly drunk in Be At One by half 6 in the evening and then on a train home with one of us crying by 8pm). 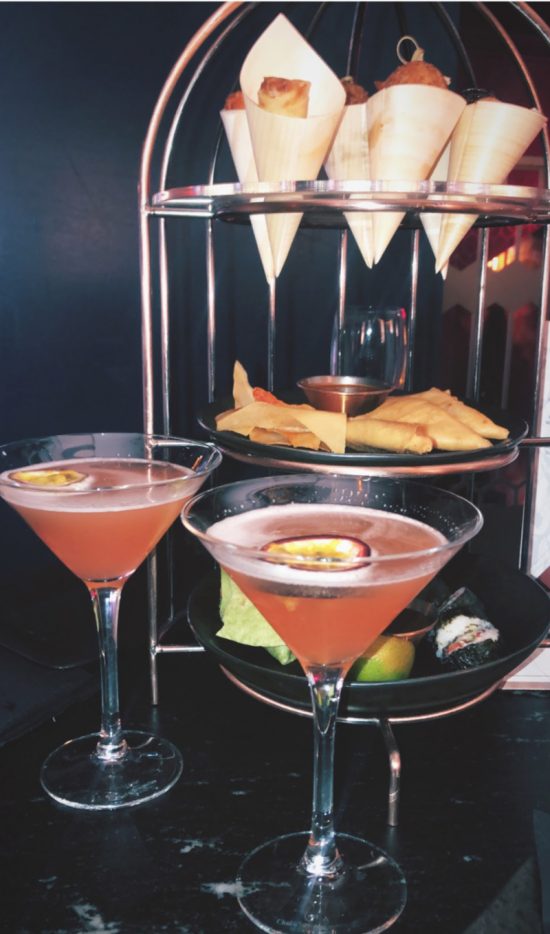 I’ll put this out there straight away: the Dirty Martini bottomless brunch in Birmingham was responsible for my worst hangover of 2018. However, I’ll try not to hold that against it while I write this. This option is somewhere between a brunch and an afternoon tea, with limitless drinks served alongside a cute birdcage of brunch-y treats. The service was great here too, despite them being super busy. With the birdcage and those neon angel wings on your way to the loo, this one is fantastic for the ‘gram (but terrible for your head the next day).

Drinks included: a selection of Martinis and prosecco. As the martinis are usually around £8 each, this is some SERIOUS value for money

Food options: unlike other bottomless brunches, you don’t get to choose your meal at Dirty Martini. Instead the brunch birdcages come with a selection of savoury mini dishes such as samosa, sliders and fries. While ours was really tasty, I don’t think it was really enough food for all of the alcohol being consumed (hence the hangover). I’d definitely recommend eating a large-ish meal a couple of hours before. 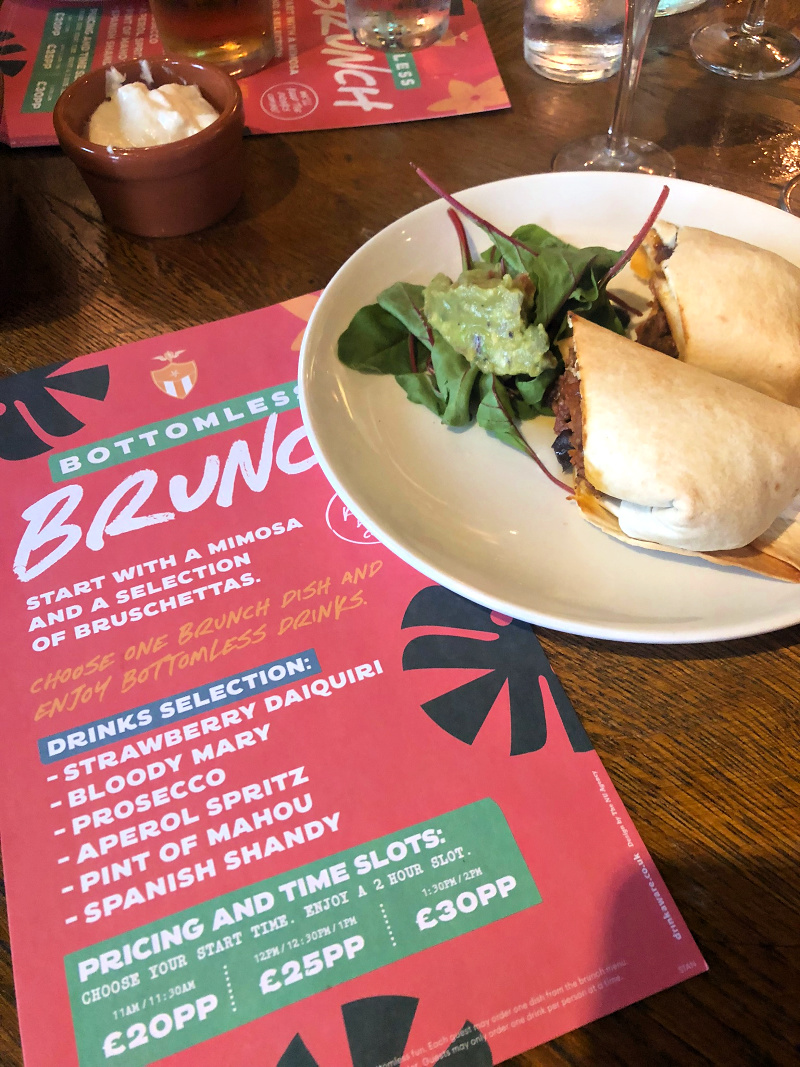 This summer, something terrible happened: men realised how great bottomless brunch is. Sigh. Cue me being tasked with finding a bottomless brunch for couples to enjoy, so that I could take my boyfriend for his birthday. I eventually stumbled across the brunch option at Revolucion de Cuba, which is somewhat of a find as it’s a bottomless brunch with beer! The atmosphere here was laid-back and friendly – bottomless brunchers are sat in the bar upstairs, so you have dedicated waiting staff on hand to keep you topped up.

Food option: a range of brunch dishes with a Cuban twist, including tortillas, burritos and smoky eggs. While these plates are fairly small, you have a good selection of side dishes that you can add for a few pounds extra. 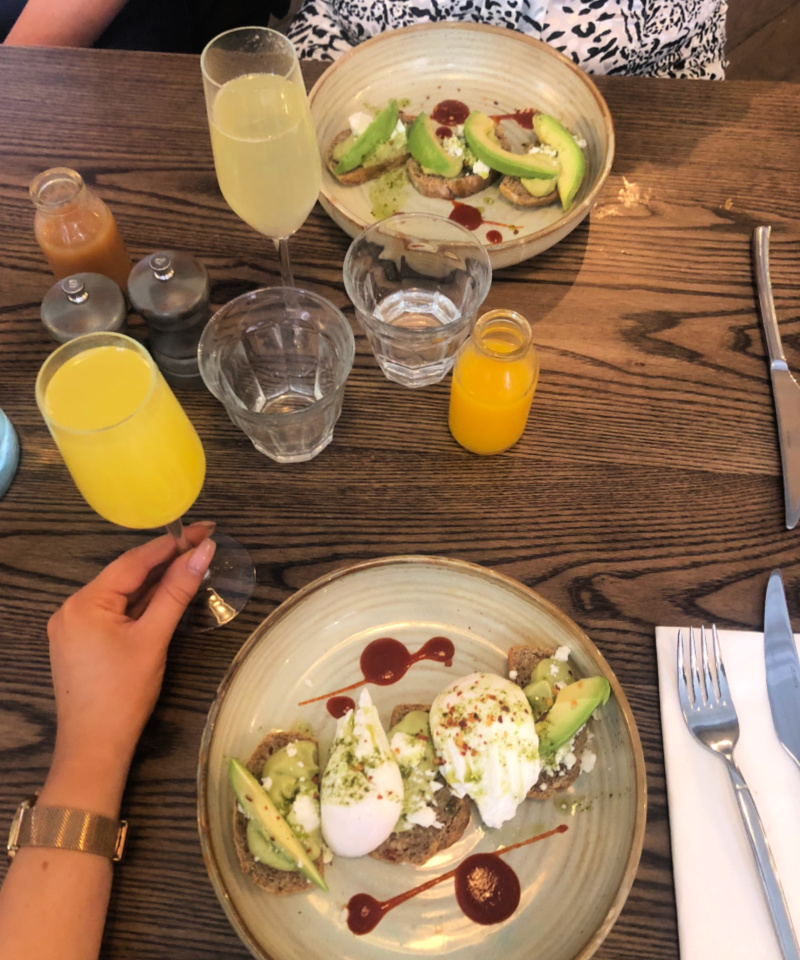 Tucked away on a corner of Edmund Street and just a few minutes walk from Bennett’s Hill is the hidden gem that is The Florence. My friends and I visited for their bottomless brunch one Saturday this summer, admittedly after I had tried and failed to get us a table at some of the more well-known BB venues. However, I’m SO happy we ended up here. The decor is cute and botanical, the menu vast and the service was brilliant. Any place where one of the staff comes over to give you your ten-minute heads up so you can get your last glass in gets a big thumbs up from me.

Drinks included: Prosecco, but self-serve bottles of OJ and peach puree let you make your own mimosas and belinis

Food option: This was my first two-course bottomless brunch, and I was so impressed by the choice. Starters include salt and pepper squid or flatbreads and hummus, mains range from brunch-fave egg dishes to more substantial steak and chips, and there is even ice cream available for dessert. 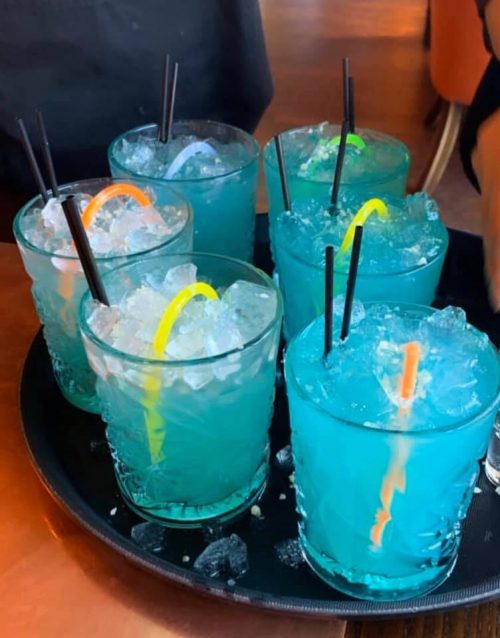 Aluna is one of my favourite bars in the Mailbox, so when their bottomless brunch launched earlier this year I knew it wouldn’t be long before I’d checked it out. Brunch runs on Saturday and Sunday from 11am – 3pm, and you can choose from either bottomless Prosecco or bottomless cocktails. Our group opted for the bottomless cocktails, which if I’m honest I ended up not being a fan of. The food, service and music was all great though and so I’d definitely like to return for the Prosecco version.

Food option: This is another two-course bottomless brunch, with both traditional brunch mains (waffles, eggs and full Englishes) and desserts on the menu. 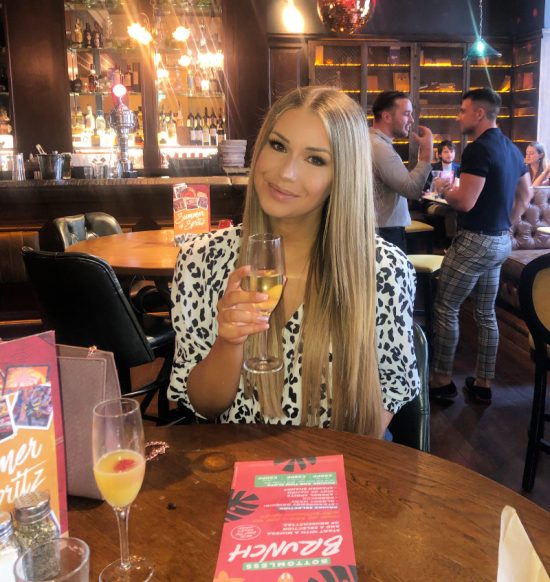 Until next time, my fellow bottomless babs.